Ladies and gentlemen, boys and girls, and anybody who ever wanted to cruise with a caravan. There are stories to be told, and wonders to behold and we’re here to do just that.

We’re Gypsy Chicago Productions and we’ve put together a band with an intercultural plan to document histories of the told and untold variety. We’re storytellers with advertising degrees from the life school of the narrative arts and we want to take you down roads less roamed and times less traveled as we explore diversity, adversity, happenstance, circumstance and the meaning of life. All done in the theatre of documentary filmmaking.

So beginning now, we start telling a story near you. 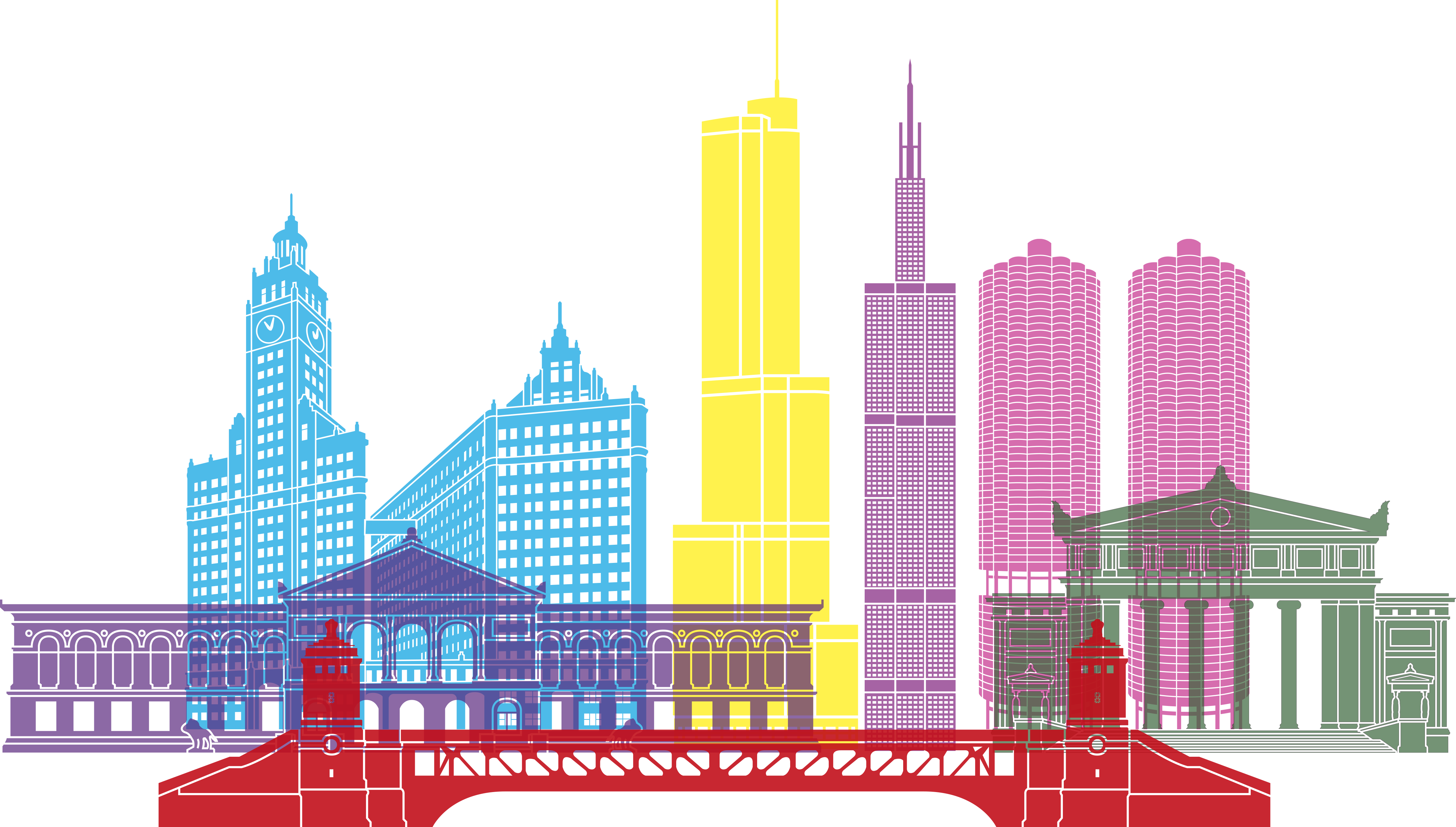 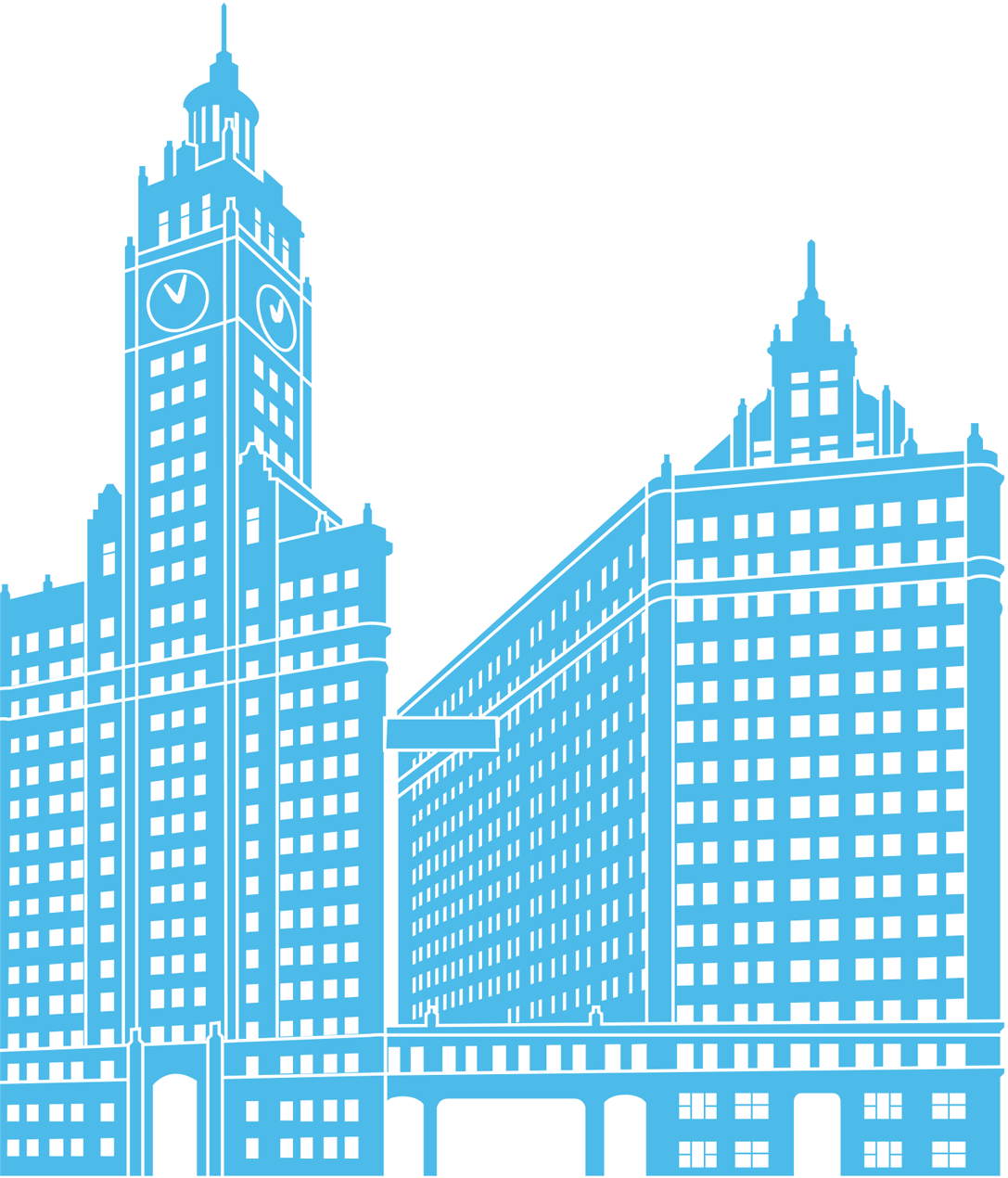 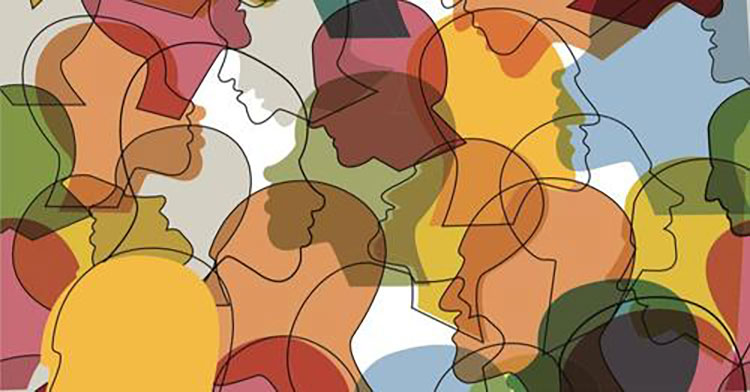 Channels Changers tells the story of the Black advertising professionals in Chicago who started the transformation of the most powerful influences of American culture; advertising, marketing and media.

It’s the story of how “colored” folks first cracked the monolithic white walls of American communications and how that led to the full-color spectrum of creative influences that we see today. The story that Black professionals in Chicago from the late 60’s through the mid 80’ did some of the most successful work of the time has never been told… until now.

We aim to shine a spotlight on that work and those creators and celebrate their success. We also aim to get their perspectives on the challenges they dealt with then as Black professionals; a most valuable perspective today within a business constantly seeking  to increase the presence, and influence, of Black talent.

We’re hoping you’ll please join us in contributing to our Go Fund Me site, Channels Changers Documentary so we can get back to filming dozens of other interviews, capturing these important stories.

We’ll be producing Channels Changers at a budget of $275,000 and our planned completion date is July, 2023. We’ll distribute the final documentary to a range of advertising, business, civic and educational audiences, and offer it to public television audiences. Everyone making a donation will be invited to attend a special advance screening of the movie. 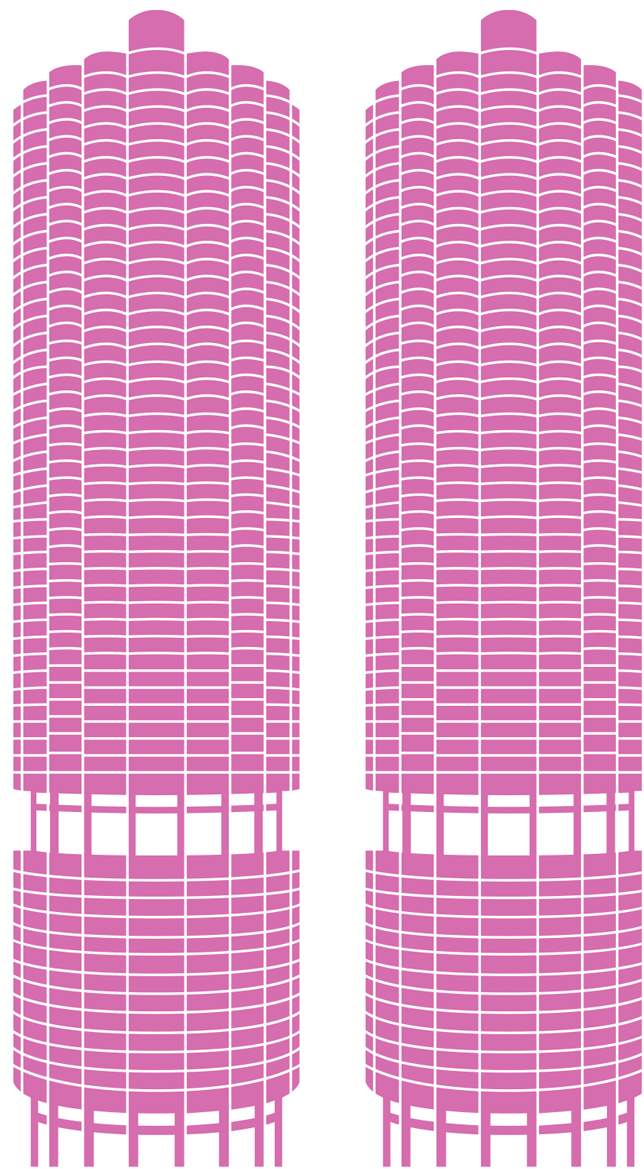 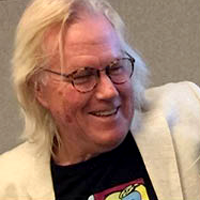 Cotton has over forty years of experience with Multinational Advertising Agencies both in the United States and Canada starting at McCann Erickson with time spent at Leo Burnett and FCB, all in Chicago. After that he was Senior Vice President, Executive Creative Director at FCB Canada.

During that time he created campaigns for some of the world’s biggest brands including: Coors, Colgate, General Mills, Mazda, Nestle, Pizza Hut, Seagram’s and many more.

Today he is a filmmaker whose documentaries include: STAND, the story behind the making of the statue of Tommie Smith and John Carlos in their iconic raised fist pose from the 1968 Olympics, Good Brothers, the history of African American San Jose State athletes in the early 1960’s and what it was like for them at the time, and Diversity University, the history of diversity at San Jose State University.

In addition he has been recognized for his efforts in the fields of diversity and inclusion by San Jose State University and with a Joint Resolution by both Houses of the Tennessee State Legislature. 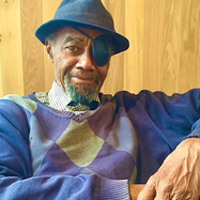 Lowell is a Chicago-born, bred and based artist/writer/creative catalyst. He calls himself a “recovering adman” because he spent the first 35 years of his adulthood creating ads and commercials for many of the nation’s biggest ad agencies, companies and brands, including McDonald’s, Coca-Cola, Taster’s Choice, United Airlines, Leo Burnett, Young & Rubicam, J. Walter Thompson, and many more.

He was one of the first Blacks hired in a top ten advertising agency when corporate America finally opened itself up to “unwhites” after the 1968 assassination of Dr. Martin Luther King, Jr. and the urban riots that followed.

Today, his photo-journalistic paintings are part of many Chicago art collections, his pictorial history book, African Americans in Chicago, is in every branch of the Chicago Public Library and his Uptown’s Colored Wheel has become a must-see site in Chicago’s Uptown neighborhood. 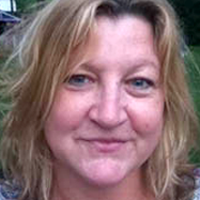 Laurel Dobose, currently curator of creative production resource, Gypsy, is a Chicago native and an advertising brat. Hanging out at her Dad’s production company as a kid, she always enjoyed the production process. So when looking to take a year off before going on to college, Dad got her a job as an admin at Leo Burnett right out of high school.

After falling in love with the whole advertising process she continued her education by moving on to the AdCom agency where she experienced the account management side of things. Seven years later, Laurel experienced an epiphany, and moved to FCB where she would pursue her first love… production.

She spent many, many happy years at FCB until it was time to leave the corporate world behind. Her next move was to get involved with representation of directorial talent to the agencies.

She now enjoys running her own company, and a job that offers the opportunity to make connections between agency creative teams and director talent with the end result being shared creativity and lifelong friendships. She gets crazy about collaboration, sunsets on the beach, a good power ballad, and is completely jazzed to be working on the Channels Changers documentary film. 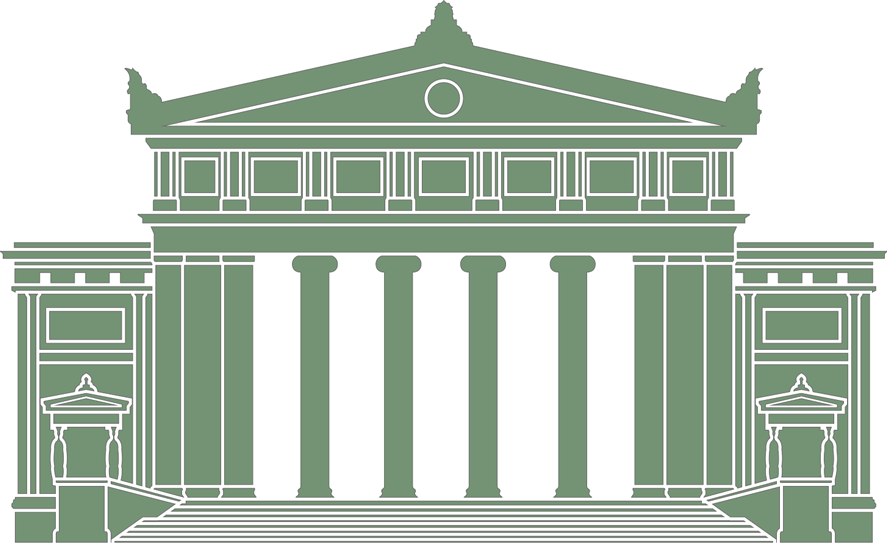 Channels Changers is a documentary-in-progress about the advent of the African American Ad-Maker. Starting in the mid-1960s, the film celebrates Chicago-based industry leaders and innovators who were largely shut out of mainstream advertising until the Civil Rights Movement opened the doors a little wider.

The Ad-Makers themselves — a group that includes Emma Young, Jim Glover, Al Hawkins and Lowell Thompson (pictured at top) — boast a legacy of renowned work for brands like Budweiser, Coca-Cola, Ford, McDonald’s and Pillsbury, compiled while working in shops like DDB, FCB and Leo Burnett.

The ads and commercials they created are familiar, but the stories behind them have never been told.

“Our Black hands and minds are behind some of America’s whitest ads,” says Thompson. “The beauty is that we colorized them from the inside.”

Thompson introduces the journey with outspoken charm and natural charisma before joining his fellow Ad-Makers to trade stories about campaigns, coworkers and creative efforts. Along the way, they often share intimate personal details about toil and success.

In Chicago post-production boutique Utopic, Glover describes the challenge of making McDonald’s legendary Morning Glory campaign — the one that introduced the breakfast menu — while he was “the only Black person in the creative department.” In a booth at Shaw’s Crabhouse, Young tells the story about McDonald’s groundbreaking Mama’s Date commercial starring a single mother, her daughter and a suitor.

The action moves to a soundtrack composed by Darryl Duncan featuring lyrics written by Thompson.

A Chicago ad veteran turned documentarian, Stevenson is teaming up with Thompson to co-executive produce Channels Changers. He has tapped a number of contemporaries to appear in the film, including former FCB Executive Creative Director Mike Rogers and industry legend Bruce Bendinger.

Reinvigorating their persuasive finesse, Stevenson and Thompson secured a substantial leadership contribution from FCB Chicago after making a pitch to President Kelly Graves at the agency’s office in the Hancock Center.

Stevenson says the whole thing started with an inspiration that came to him on a park bench during a visit to his mother-in-law in Safety Harbor, Florida.

“I had been chomping at the bit to make something and I thought, ‘wait a minute, what if we did a documentary on Lowell’s book?’” he recalls. “Lowell was very interested, but he said, ‘no no no: let’s make it about all of us.’”

The book he refers to is a work in progress titled, Mad Invisible Man, soon to become part of a literary canon that includes African Americans in Chicago (2012), RaceMan Answers (2014) and Branding Humans (2018) which Thompson has built since leaving the ad industry to focus on his artistic and writing career in the 1980s. It is also one more thing that makes Thompson a thriving example of the meaning behind the film’s title, Channels Changers.

Born and raised on a Chicago street named in honor of an African American soldier, Lt. George L. Giles, Thompson spent his teenage years in the Robert Taylor Homes and entered the professional world as an office assistant with the Chicago Tribune on Michigan Ave. He proceeded to work at some of the biggest agencies in town including FCB, McCann Erickson and Leo Burnett.

“The Civil Rights Movement was about changing channels,” he says. “Most people were born on one channel and never even think to change it, but some people say ‘wait a moment, I don’t like this channel.’”

Keeping the Movement in Motion

Seeded in the 1955 murder of Emmett Till, who was falsely accused of whistling at a white woman, and accelerated by the 1964 murders of James Chaney, Andrew Goodman, and Michael Schwerner, Thompson says that the Civil Rights Movement revealed a “gross, unrepentant lie of America.”

The advertising industry grew more diverse in the wake of these events, according to the Ad-Makers; but agencies still have a way of reminding African Americans that they are the only Black person in the room.

As a result, the success stories are occasionally dotted with moments of astonishing ignorance. A former Leo Burnett creative explains how an exec thought it would be okay to enhance a television commercial with the song, Dixie. A Needham staffer recalls hearing a coworker say, “there’s a Black guy working here, and he makes more than me.”

The Ad-Makers recall these moments with admirable fortitude and, in this respect, become even more impressive than the work itself. They touched millions of consumers with creative expression after growing up in a world where Black people could be murdered for allegedly making the wrong kind of sound.

Production on ‘Channels Changers’ will continue throughout the year, and the film is expected to premiere in Spring 2023. 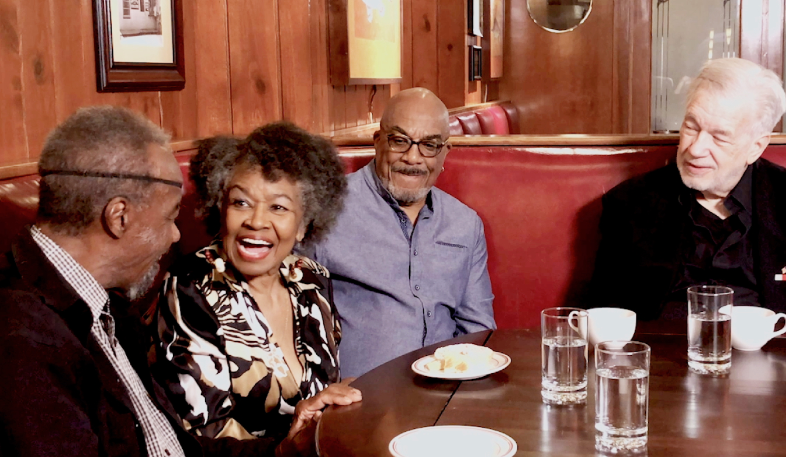